"She thought it would be interesting and romantic if we took a little razorblade and sliced our fingers, smeared a little blood on these lockets and you wear it around your neck just like you wear your son or daughter's baby hair in one. Same thing. From that we were wearing quart jars of blood around our necks," he joked as the crowd laughed. He added, "And we were vampires and we lived in a dungeon."

The actors divorced in 2003, though Thornton and Jolie have stayed in touch since then.

“There goes my heart manifest outside of my body draped in the towering silhouette of a most unusually handsome boy,” she began her post, “magical and haunted kinetic and tortured ethereal and dangerous cosmic lawless eternal creative genius.” She continued: “The journey will likely be perilous, but there is no destination without him. Happy valentine’s day, rehab barbie.” Megan Fox about her lover Machine Gun Kelly. 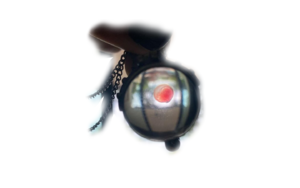 The 30-year-old rapper, singer, and songwriter, born Colson Baker, has revealed that he wears some of his girlfriend Megan Fox's blood around his neck. "I wear your blood around my neck," he captioned a gallery of memories with his lady, alongside the "kitchen knife" and "drop of blood" emojis. One of the images shared was a photo of a spherical pendant featuring a bright red smudge.

It's this impossible yearning for eternal love ❤️💕 💖 💘 🧡 💓 💗 💙 💛 💝 💜 💚 🖤 💞 Why do I desire this impossibility, this suffering. I think you must be doomed to fall in love forever. Or to be in love for all eternity. It is nothing more than a heartbreak literally waiting to happen, for ever. Over and over and over again. 💔💔💔🔗You are on the edge of the cliff, always, and you can fall and still die. I do not grasp what is eternal. It can only be a loop of same mistakes, good or bad choices, fate is 🔒